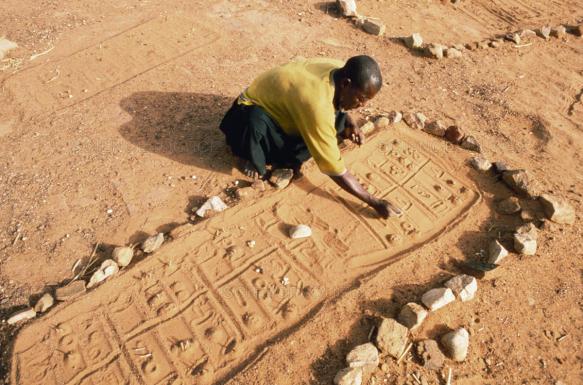 A few days ago a member of a Geomancy study group that I am a part of on Facebook posted some interesting links to 19th century material that mentions geomancy. Many of the links this person posted included accounts of geomantic procedures that European colonial explorers like Sir Richard Burton had observed during their travels through parts of Africa. One of the links was a little different however: it was a facsimile of Voyage au Darfour (Journey to Darfur), the 1845 translation into French of a travelogue written in Arabic by Sheikh Mohammed Ibn Omar El-Tounsy (Al-Tunisi), who served as chief reviewer of translations of medical texts translated from European languages into Arabic at the School of Medicine in Cairo. This particular source thus jumped out at me, not only for its content but because rather than yet another white colonist’s account of native culture, it represented the reflections of a colonized non-white foreigner observing cultural practices that were both different from and cognate with his own.

END_OF_DOCUMENT_TOKEN_TO_BE_REPLACED 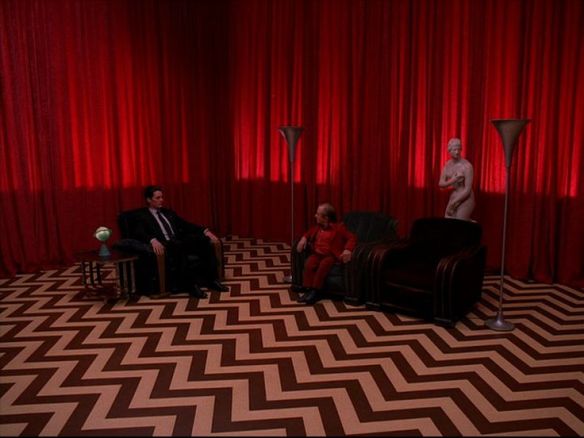 (Agent Cooper with the dwarf-spirit or ‘Man from Another Place’ in the Black Lodge, in Twin Peaks)

The twenty-five-year-in-the-making third season of cult series Twin Peaks has just piloted and sue me, but I have not yet watched all of the first two seasons of the show – my Dad who, aside from having worms was also into gimmick tees before they were like, even a thing, was a major fan of the series though, and he used to wear a shirt that said ‘I killed Laura Palmer’ when the show was running, so I recognize that I have very little excuse here. 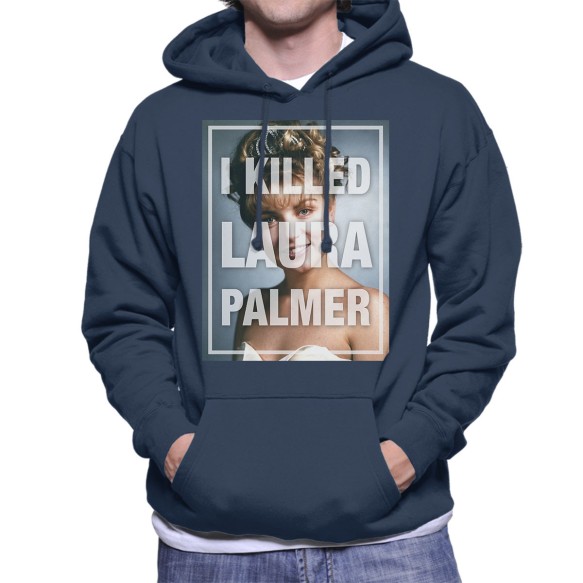 (I guess my Dad’s t-shirt was cool, but clearly not as cool as this bro’s ‘I Killed Laura Palmer’ HOODIE. If you’re going to publicly confess to murder, I guess it makes sense to wear a hoodie?)

Still, even though I have not seen all of the show I AM well aware that the plot of Season 2 in particular is chock-full of references to Tibetan Buddhism and Native American religion as filtered through the muddy glass of Madame Blavatsky’s Theosophical imagination. It is well known that Twin Peaks’ writer Mark Frost is fascinated by Theosophy and the clips below from Season 2 offers a prime example of his Blavatsky fanboying. Appearing in a recording, Windom Earle, Agent Cooper’s former mentor, rants about the ‘evil sorcerers called Dukpas’ who tap into the sinister power of the ‘Black Lodge’ – the dark dimension out of time and almost out of space that is a key plot device in Twin Peaks – for their twisted enrichment. (As I will discuss at length below, the word ‘Dukpa’ ultimately derives from འབྲུག་པ or ‘brug pa which, meaning ‘Dragon’ in Tibetan, refers to both a particular sub-lineage of the Kagyu school of Tibetan Buddhism and the country of Bhutan).

END_OF_DOCUMENT_TOKEN_TO_BE_REPLACED 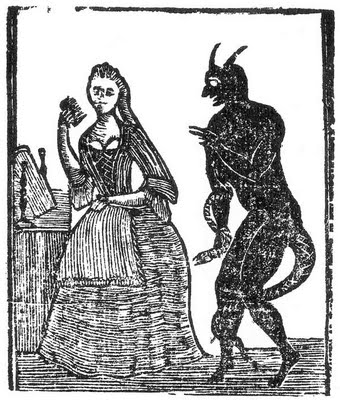 A month or two ago I did an interview with Matthew O’Connell for his ‘Imperfect Buddha’ podcast, where I talked about doing research on Western esotericism as an anthropologist and scholar-practitioner, and about some of the more ‘fringe’ dimensions of global Tibetan Buddhism today. I ended up talking a lot about myself and not that much about the specific details of my research, and Matthew barely got a word in edgeways, but it is what it is. Many of the posts and articles on this blog get a mention. I no doubt said a lot of things that would benefit from further qualification and which I would probably take issue with if I heard myself saying them now. The thought of listening to my voice drone on for that long curdles my juices and fills me with acute horror though, so I’m can’t be sure – you’ll just have to listen to the interview yourselves and tell me how it makes you feel instead.

Shout out to Matt for arranging things, and thinking I was interesting enough to have on the show. Let me know what you think! 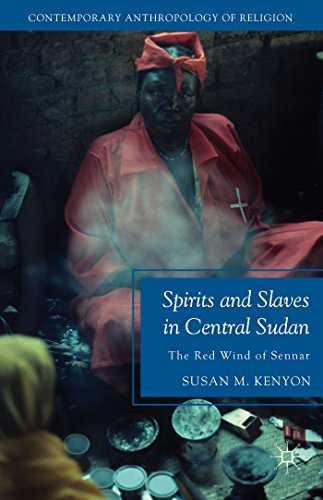 I thought I would re-post a review that I wrote some months ago of anthropologist Susan Kenyon’s 2012 longitudinal study of zar possession practices in Central Sudan, Spirits and Slaves in Central Sudan: The Red Wind of Sennar. A slightly edited version of this review appeared in print in Anthropology News, and was also featured on the periodical’s website. Since the online review appears to no longer be accessible, I am re-sharing it here so people more people read it and learn about zar and Susan’s book.

Zar spirits and ‘healing cult’ phenomena are compelling for many reasons. Zar is distinctly transnational in both its cosmological scope and actual practice, yet it is also tied to specific regional histories and experiences, to very specific lives and biographies. With its layered and cosmopolitan spirit cosmologies, zar possession reveals beautifully how history lives in the body, how legacies of colonialism and violence, of upheaval and encounters with the culturally other, are intimate, living presences that may come as afflictions but also as lovers, friends, helpers, and teachers in disguise. Zar provides material for the study of religious pluralism, it presents rich examples of the tense back-and-forths between affliction and accommodation, oppression and opportunity that have fascinated and challenged anthropologists (and well, everyone else) for generations. Zar’s particular approach to placating and accommodating spirits is a distinctly gendered phenomenon. Zar has been described both as a women’s ‘cult of affliction’ and as a form of women’s resistance, an empowering spiritual club for women and gender misfits (or in maybe more contemporary terms for ‘femmes’) which sits at times parallel and at times perpendicularly to mainstream Islam and its institutions END_OF_DOCUMENT_TOKEN_TO_BE_REPLACED

The following is a quick translation into English from French that I made of what seems like an excerpt of a longer interview that Le Point.fr did with anthropologist and Tibetologist Katia Buffetrille. Although it is short, it covers important ground, so I thought non-readers of French might appreciate a version in English. The focus of the interview is the topic of Han Chinese Sincization of Tibet and Tibetans. In a very nice and concise way Katia, describes the little everyday ways – particularly in relation to naming – that Tibetan cultural and lived, embodied realities are erased and suppressed to make way for the steam-rolling priorities of Chinese settler-occupiers. END_OF_DOCUMENT_TOKEN_TO_BE_REPLACED 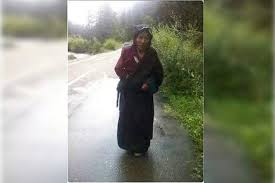 Today is Mother’s Day. The day before yesterday, on Friday, the 6th of May, news broke about yet another Tibetan self-immolation protest that took place inside Tibet. This was delayed news, however. The self-immolation took place some two months ago, but Tibetan exile media organizations had only now been able to even verify that it had happened. The woman who self-immolated was a mother of five. I had got up from being asleep and saw the news on Facebook. I shared this link, after quickly making a rough translation of the initial written information in the article: END_OF_DOCUMENT_TOKEN_TO_BE_REPLACED 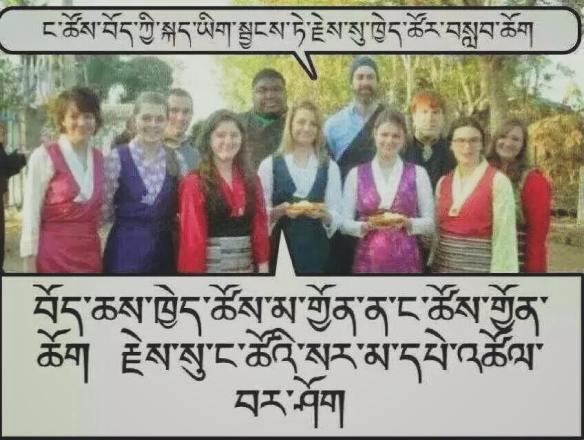 I came across this Tibetan meme on Facebook a few months ago. In true meme style, pithy as it is, it manages to encapsulate and gesture towards a great deal. The image shows an assortment of beaming non-Tibetan foreigners wearing traditional Tibetan dress. The top speech bubble says: 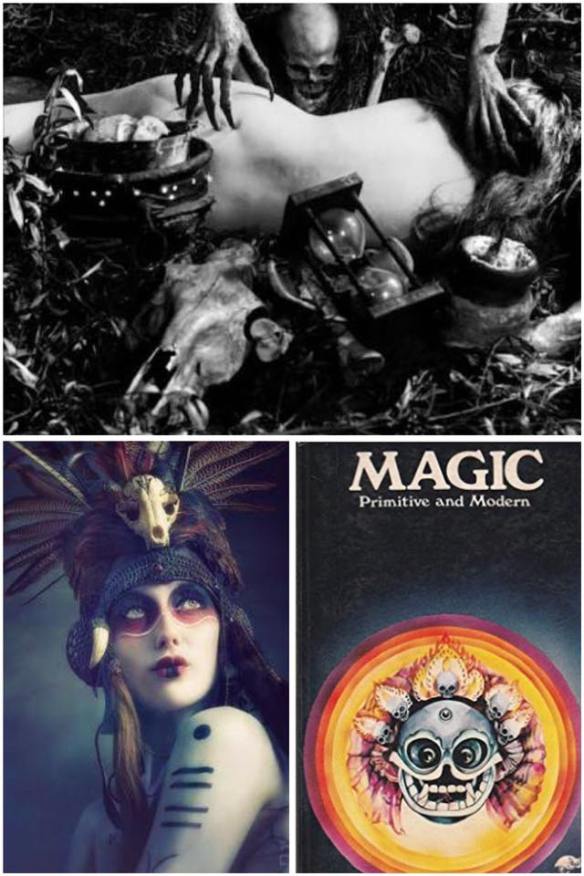 Given the way history has unfolded, no matter who you might be, it is difficult, if not impossible to talk about magic without talking about time and temporality. Accordingly, then, to speak of magic is to inevitably invoke the lofty spirit-kings of modernity, rationality, and progress. I just started reading Christopher Bracken’s 2007 book ‘Magical Criticism: The Recourse of Savage Philosophy’. Bracken traces the ways Western Enlightenment philosophers and anthropologists have constructed categories of ‘primitive thought’ and how these remain influential today, despite formal disavowals of ethnocentric notions of the savage. He explains his position END_OF_DOCUMENT_TOKEN_TO_BE_REPLACED