A few weeks ago I travelled to Washington D.C. for the first time to attend the American Anthropological Association annual meeting, which is one of the largest conferences for anthropologists in the U.S. and maybe the world (that said, while the conference is decidedly more international than the title might imply, it’s also a lot less international than some attendees seem to think, so let’s just go with that there were over 7000 attendees there, presenting and networking over five days from sunrise to sundown, and more gaudy scarves crammed into a single hotel space than you could shake a Margaret Mead wizard staff at) 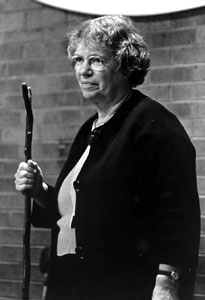 (Famous American anthropologist Margaret Mead might not have worn colourful scarves at conferences as all genuine cultural anthropologists are known to do today, but she sure knew how to hold – and shake – a stick)

For the conference this year (which was christened ‘Anthropology Matters’) I organized a panel titled ‘Reframing Ritual and Ritualizing Return: Where, When, and How Religion Matters’. Theorizing religious difference has been a concern of anthropology since the very beginnings of the discipline, but it’s still quite rare to find whole panels devoted to ‘religion’ at the AAA. END_OF_DOCUMENT_TOKEN_TO_BE_REPLACED