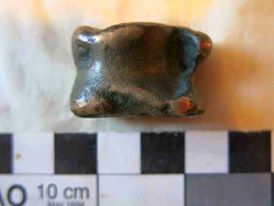 had a dream in which a young Tibetan refugee woman was doing mo for clients. To ‘do mo’, ༼མོ་རྒྱག་པ་༽ ‘moh gyap pa’, means to tell the future, and over the centuries various divinatory systems, such as throwing dice, counting rosary beads, observing animal auguries, consulting spirit oracles, reading the pattern of rice on a drum skin, interpreting dreams, and scrying with brass mirrors to see visions, have played an important role in Tibetan civilization. In my dream I did not initially realize I was in a མོ་རྒྱག་ས་, a place of divination. I was in a dimly lit, low-ceiling-ed room – a number of individual computers stations were set up with chairs like in an Internet cafe and there were booths and tables dispersed around the screens padded in cheap blue, orange, and black imitation-leather like in some kind of diner (there was indeed a kitchen of sorts, that was serving food to customers).

Both Tibetans and a number of foreign tourists were in the smoky room at one point. Those who weren’t milling around, chatting or gaming were lining up to place their face in front of a sort of harness attached to a recessed console-screen set low in a center table. I initially misunderstood and thought they were having their fortunes read by some kind of automated mo programme, like one of those mechanical gypsies in a glass case at a fairground. I later realized how things worked. The console was merely some kind of initial registration system. Querents logged in their details and then played various arcade, Candy-Crush type games while they waited to see the mo pa. Only those who scored 1000 points or more from an ever-lengthening list of would be clients got to see the diviner. This sounds kind of exploitative but in the dream it felt profound, a way of determining who the spirits and karma truly saw fit to receive counsel.

I didn’t play, but I got the chance to catch a glimpse of the diviner later, ensconced at the central table, furiously reading for another woman, concentrating intensely despite the noise of recreation all around her. I observed that she was rattling together and casting astralagi beside some kind of board, sheep or goat or some other animals’ knuckle bones which appeared to be made out of crystal and metal and wood. At one point the police came briefly hoping to ferret out illegal drug users and merchants or something, but left the regal and one-focused fortune teller, who only came out periodically, alone. At another point, at the very moment I absent-mindedly snapped a bent metal coin I was playing with in my hand into pieces, a metal cash box across from me on a shelf exploded of its own accord, showering coins everywhere. “I guess that’s a bad omen,” my dream-self joked. The coin in my hand then turned to chocolate and I popped the pieces into my mouth with a shrug.

As it turns out, the use of astralagi for divination and as a children’s game is well-attested in Tibetan societies. I’d seen various kinds of animal knuckle bone oracles from around the world but wasn’t aware that replica ones were actually crafted in Tibet just like in my dream. While looking for a picture to accompany this post after I woke up I found this older piece by John Bellezza that discusses a number of details about ancient metal and crystal ཐེ་གེ་ or ཨ་ཅུག་ in Tibet, and seems to lend some weight to my dream mo pa’s activities. I include the link below (scroll to the middle of the newsletter for the parts on astralagi and astralagomancy) .

Also, fellow diviners and/or creative business people: it seems that the time might be right to open a gambling-gaming-smoking-divination den, police raids not withstanding!