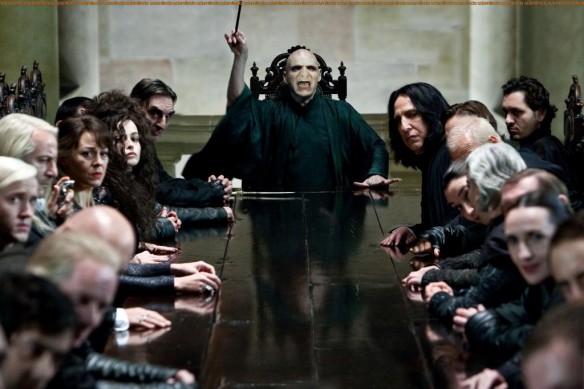 Since I’m just now launching this blog, I thought I would re-post links to my earlier Savage Minds blog essays for readers, with some additional comments.

This is the first piece I put out on the Savage Minds blog, and deals with the controversial Western Buddhist organization, the New Kadampa Tradition (NKT). This was a modest piece on my part. Rather than try to capture all of the very complex dimensions of the controversy surrounding a Tibetan Buddhist protector, its supporters and critics, for my analysis I opted to focus specifically on the majority non-Tibetan, white (inji) members of the NKT with which I was familiar and with whom I had the most experience. The controversy around Shugden naturally expands beyond the NKT and its white members, and is hardly just about white Shugden supporters, whiteness and cultural appropriation, but I decided to focus on these issues for the piece.

Most Tibetans I know feel it is better not to dwell on the controversy around this protector at all, and I do not wish to become embroiled with either the NKT or with a being that lamas I have deep respect for and confidence in are certain is a polluting and malign force that is better avoided entirely. In this sense, I am certainly biased. Some of the criticisms I received from Tibetans and Tibetan Buddhists when the piece first went out and was then subsequently re-published by Tricycle magazine, took the line that I, in trying to be anthropologically agnostic when it came to theological issues – in merely talking about debates ABOUT authentic and inauthentic Buddhist practice, or by pointing out the range of contrary positions without categorically disqualifying any – I ended up producing an overly charitable or normalizing picture of NKT members as merely one set of Buddhists (albeit extreme, fringe ones) among many. Certainly, as my understanding of how the NKT operates has developed, I have learned that their approach to vows and practice is not as typical as I once imagined. Likewise, as I’ve heard more and more stories about NKT and NKT-affiliated activities and abusive behaviours inside and outside the organization, anthropological relativism and my professional unease with the term ‘cult’ notwithstanding, I can more and more appreciate why so many have labelled the group in this way.

At the same time, when the piece was re-published by Tricycle, one point of contention with the editors ended up being the somewhat tongue-in-cheek comparison that I had made between NKT members’ standing and image in the broader global Tibetan Buddhist world, and J.K. Rowling’s Death-Eaters. I thought the analogy was fair, if imperfect – it’s hard to over-state the emotional currency that the idea of Shugdenpas as a force of hidden evil and division has within Tibetan exile communities, and the comparison seemed apt given that many Tibetans and non-Tibetans I know avoid saying the controversial protector’s actual name entirely, and use euphemistic allusions instead, just like with Harry Potter’s Voldemort. Still, Tricycle editors felt that the comparison didn’t fit at all, and that it was potentially libelous and de-humanizing. The Death Eaters, after all, are something like professional black magicians and murderers – to sweepingly paint all members of the NKT with that kind of brush was unfair and harmful. I countered that popular perceptions of Shugden worshipers DID  often paint them this severely – and that there had in fact been an example of Shugden-related ‘ritual murder’ connected with high-ranking religious authorities in the Tibetan Buddhist community, which only served to cement the image. Still, my feeling is that Tricycle’s editors made an ultimately appropriate decision to simply remove this element of the piece.

In sum then, my article is not intended to contribute in any way to the furthering of harmful activities or forces. Rather than dwell on the NKT and the controversy, I opted to use it as a case-study for talking about broader issues and tensions relating to the globalization of Tibetan Buddhism, and relations between Tibetan and non-Tibetan Buddhist practitioners in particular. I wrote this piece with the hope too, that it would be a useful, if incomplete resource for people who may be initially exploring Tibetan Buddhist practices, but who may not yet have had the opportunity to ponder the political/cultural milieux in which such religious practices inevitably take place. My most extended encounters with the NKT have been in South Africa. The group’s self-proclaimed a-politicism and uneasy engagement/disengagement with Tibetan realities struck me as quite jarring when I crossed paths with their organization in Cape Town years ago. I was struck then too, even before I knew exactly what the NKT and its history was, at how aggressively the group worked to pull uninformed South Africans into its organization. I observed that the NKT in South Africa strategically avoided discussing the controversial dimensions of their organization with new recruits and waited a very long time before providing newcomers with even material merely laying out their own positions on things. Nonetheless, they were very comfortable with exposing outright newcomers to the protector itself, and did so without very much explanation at all about either protectors in general or this one in particular.

When I last visited Cape Town in September/October of last year, I had a glass of wine and caught up with a good friend’s mother. Over the last few years, since the last time I was in Cape Town and saw her, she had been reading books by the Dalai Lama and had been becoming more and more interested in Buddhism. When I met with her, she was very excited to tell me about the wonderful experiences she had recently had on a meditation retreat. Within one minute of quizzing her, however, I discovered that the group that she had become involved with, and which had brought her so many new friends and positive experiences, was the infamous anti-Dalai Lama NKT organization. It’s really horrible to be the bearer of bad news – “Uh, Whoops! You kind of just joined a demon-worshiping cult and stuff, kind of” – when someone has clearly benefitted so much from an initial exposure to Buddhist teachings. My friend’s mother was literally about to bring the resident teacher of the group a homemade vegetarian lasagna. Neither she nor any of the other newbies at the teachings and events had been told anything about the group’s sectarian position or agendas, and it all seemed hard to believe when I told her about some of the very ugly dimensions of the organization she was gushing about.Given I had briefly crossed paths with the NKT in Cape Town before I knew any better, I could understand something about the honeymoon phase she was in. Still, it sucks to see that look on someone’s face when you tell them that their new best friend is not exactly who they thought they were.

I was grateful that I had written the Savage Minds piece and that I could pass it on to her and it could help her get the initial bearings she did not – and wasn’t encouraged – to have. Rather than incite more negativity then, my hope is that the piece, incomplete and partial as it is, can be of use for people like my friend’s mother. The NKT likes South Africa, I think – it can dominate the Buddhist landscape there fairly unchallenged because of the very small number of native Tibetans and alternative Tibetan Buddhist groups in the country, and South Africans are hardly unfamiliar with segregation and exclusivity. My friend’s mother had been struggling with serious health issues that had taken a toll on her agency and sense of well-being. It pained me deeply to see how, after she had received so much benefit and succour from His Holiness the Dalai Lama’s teachings, the NKT was willing to happily hijack and divert the the initial positive impact His Holiness had made for their own ends, which beyond vegetarian lasagnes, meant ultimately grooming my friend’s mother to become an exclusive supporter of their organization and one of the Dalai Lama’s and Tibetan exiles’ detractors.

As my friend’s mother confirmed, it all seemed quite legitimate and pleasant at first. Pretty soon, though, I warned her, she could expect to find herself more and more enmeshed in an insular, harmful organization that thrives on misrepresentation and a ready supply of new recruits who lack context. People may well find that they benefit from the NKT’s introductory teachings on meditation and compassion, but I’d encourage these people to keep in mind that they can get the same teachings elsewhere without having to receive them from such a compromised, and problematic source. Whether directly or indirectly, whether supernaturally or otherwise, the NKT’s positions and activities continues to be detrimental in multiple ways to the Tibetan people. NKT members and Shugden supporters are three-dimensional people and not just fiendish bogeymen bent solely on death and destruction. Like converts to any religious group, whether these are widely thought of as ‘cults’ or not, these members receive benefits and have joined their organization for a range of reasons. Still, for anyone who doesn’t think that Tibetans are irrelevant or expendable to Tibetan Buddhism, and for anyone  who cares about Tibet and wants to be able to engage with Tibetans and Tibetan Buddhism in any way at all beyond the strict confines of their lineage, even if I put my most agnostic, ‘neutral’ hat on, I cannot see any reason to encourage anyone to engage with the NKT..

Angry White Buddhists and the Dalai Lama: Appropriation and Politics in the Globalization of Tibetan Buddhism

I hope that this article will continue to be useful and beneficial, and steer people away from harm. Take care, it’s a jungle out there!

2 thoughts on “Angry White Buddhists and the Dalai Lama: Appropriation and Politics in the Globalization of Tibetan Buddhism”